Fish, and the other beings which inhabit the sea, are the great unknown. What do we really know about them?

Firstly, we should make it clear that when we use the term “fish” we do so to make reading easier and because it is the food category into which all these animals are thrown. However, within this group there are fish, crustaceans and some shellfish.

Thanks to the growth in consumption of marine animals, over the last 50 years we have managed to exterminate up to 90% of the known fish species. This phenomenon, together with overfishing, has also caused the elimination of up to 30% of other species as collateral damage.

Detailed studies have shown that the total number of animals slaughtered for food amounts to billions per year. However, this sum does not include those animals which have been thrown away, those bred with the techniques of aquaculture, the non-registered catches or phantom fishing. Their lives are so meaningless that they are counted in tonnes, not as individuals.

Despite this, fish do feel. They have a brain which is comparable with other vertebrates, although smaller and less complex, with its nocireceptors and neurotransmitters. They are attributed with basic emotions and may suffer from chronic stress when faced with difficult situations which go on too long. Furthermore, they have sophisticated systems of survival such as electroreceptors, common in sharks and stingrays, with which to orient themselves and others; water is a much better conductor of electricity that air.

90% of the population of large fish have been wiped out in the last 50 years.

Crustaceans also have complex sensorial structures and it has been proved that they avoid situations which are painful.

They may live long lives, like lobsters, which live up to 100 years of age. And studies have shown that cephalopods, like octopuses, are capable of learning and using basic tools, as well as having a good memory.

Even so, the methods used to capture and slaughter them are varied and they are always the most comfortable and beneficial for human beings. Fishing may use nets, hooks, harpoons, traps or rakes.

Trawl fishing, as well as killing fish, often traps animals like turtles, dolphins and stingrays. And although the fishermen usually throw them back into the sea, it is more than likely that these animals will die or get injured. When fishing with hooks, the fish end up suffering for days.

Agriculture focussed on breeding fish and other species presents the same problems as intensive agriculture on other animals: fattening them up with dry feed, genetic selection, overcrowding, temperature variations which translate to malformations in the animals (such as painful spinal malformations), problems of territoriality and aggressiveness, damage to the fins and higher risk of infections.

We are draining the oceans of life in order to produce products such as flour, fish oil, animal feed, biodiesel, chitosan, natural dyes, etc., all of which can be substituted for ingredients of vegetable origin. Choosing to consume less cruel options such as nutritive seaweed is a brave and responsible decision which benefits animals and the planet.

The following is a report about the sector and the characteristics of these animals.

Report on the fish industry

Reports on consumption in Spain
Information on the livestock industry from the Spanish Ministry
WHO's report: Carcinogenicity of the consumption of red meat and processed meat
Compassion in World Farming
Spanish Vegetarian Union
The documentary Empatía
Vegan PETA
HappyCow 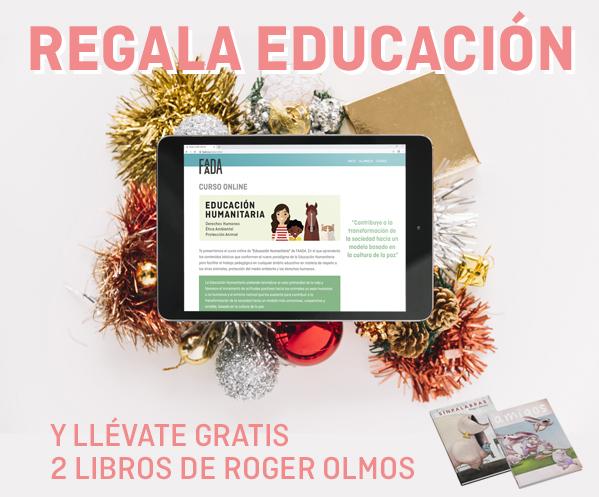